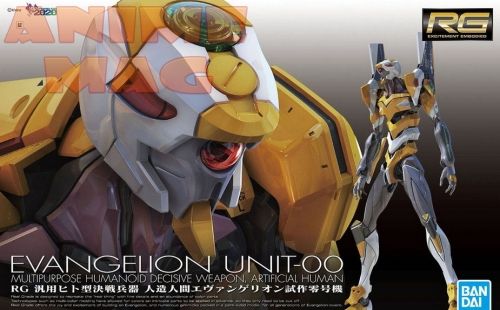 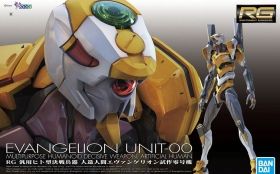 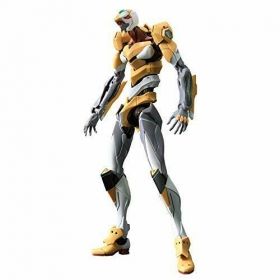 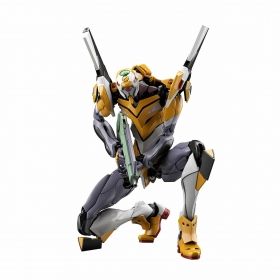 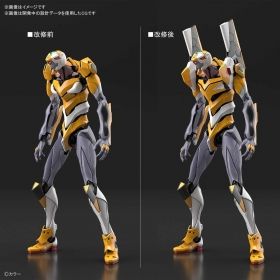 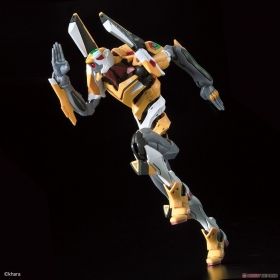 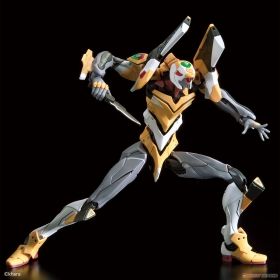 From the RG Evangelion series, which pursues realism as an android, a lineup of prototype zeros!

-The second in the pursuit of the action pose reproduction of Evangelion with RG.
-Consideration and expression of the Evangelion Unit 0 as a [real grade] such as the movement of the spine and scapula, the interlocking of each armor, the gimmick that the armor follows when a twist is added to the arm, etc.
-You can assemble before and after renovation by selecting parts.
-Reproduce the color of the head by fine parts division.
-The equipment that appeared in [Evangelion New Theatrical Version: Introduction] can also be assembled by selection.
-7 hand parts each for left and right, 1 umbilical cable, 2 progressive knives and 1 pallet rifle are also included.