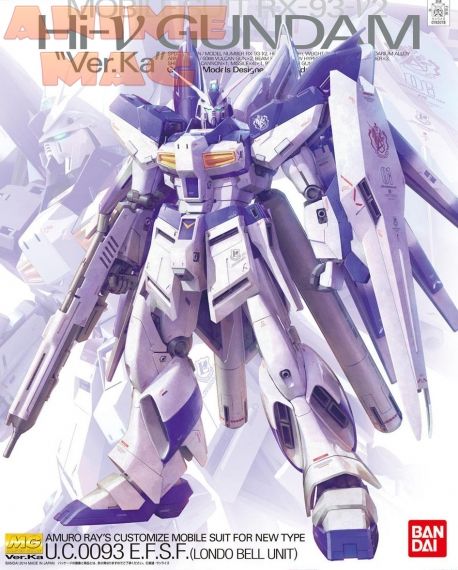 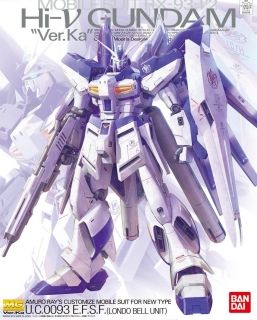 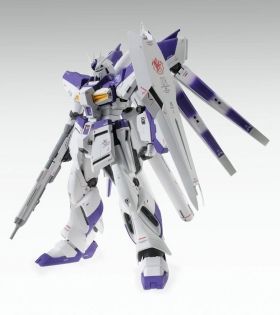 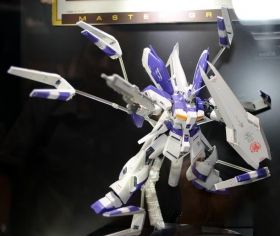 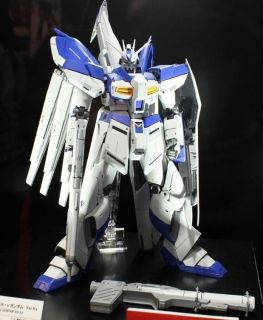 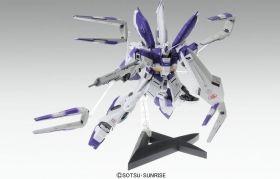 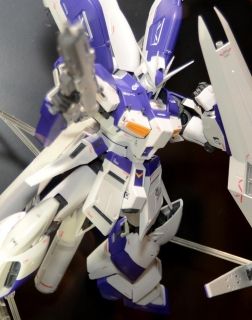 - After years of anticipation, we finally have a model kit that lives up to the amazing design of this Suit in the Hi-Nu Gundam Ver.Ka!
For the first time since the 2007 Mg, the fan-favorite Hi-ν Gundam has been re-invented by Suit designer extraordinaire Hajime Katoki with completely new proportions- the previously bulky suit has been streamlined and lengthened, giving this redesign an elegant, yet powerful, feel. Taking advantage of the expertise gained during the creation of the v-Gundam Ver.Ka, Katoki has redesigned the fin funnel system completely, redesigned the armor and weapons- a complete overhaul of the kit, giving the quality and attention to detail that fans have come to expect from a modern MG.
- Much like the v Gundam, it is equipped with gimmicks throughout the body.
· Can be equipped with the Bandai LED (LED unit sold separately)
· Beam saber and gatling gun mounted in forearms
- All thrusters and funnels are controllable
- Armed to the teeth! New manipulators securely hold weapons with an advanced tab-lock system
- A Newtype-only Mobile Suit, the RX-93-ν2 Hi-v Gundam was designed for use with the elite Londo Bell Corps. Developed by Anaheim Electronics, the Hi-v was designed and piloted by ace pilot Amuro Ray. Appearing only in the novel Mobile Suit Gundam: Char's Counterattack - Beltorchika's Children, the design is vastly different than the iconi v Gundam featured in the OVA Mobile Suit Gundam: Char's Counterattack. The Hi-ν Gundam has become iconic in its own right, being further refined with the 2007 MG redesign, and has appeared in video games in this form.